Background - A conventional shell shoe with a stiff sole has a fundamental disadvantage on the ascent: The pivot point between the shoe and ski, which enables walking, must be in front of the tip of the toe. This does not correspond to the human anatomy and causes "angular" walking on skis. Rolling the foot is not possible.

This problem has been a concern of the designers in the past. For example, some shoe manufacturers experimented with flexible zones in the shoe shell in the 2000s, but abandoned this approach, because the lack of a locking mechanism and stabilization made the shoe too unstable for the descent.

Christoph Schabel is the inventor of the Flexcap technology. He has been an enthusiastic mountaineer since his youth, and as a technician he is busy improving sports equipment. With the development of the dual shell boots, he fulfilled his long-cherished wish for an ergonomic shoe for his tours.

Christoph built and tested the first constructions in 2016, with the aim of improving walking dynamics on skis. At the time the focus was still on a new binding that should allow the foot to “roll” in a defined manner. However, this approach did not produce the desired results.

It took a while until it became clear that the solution lies in a new type of shoe, which is increasingly based on the human anatomy.

The biggest challenge was to give the shoe more flexibility for the ascent without reducing the stability for the descent. The solution lay in the "Dual Shell" - a two-part shell that connects in the downhill position in such a way that unrestricted power transmission is possible.

“Chris was often dissatisfied with the walking comfort in ski touring boots, especially on tours lasting several days. He was always looking for an improvement. " 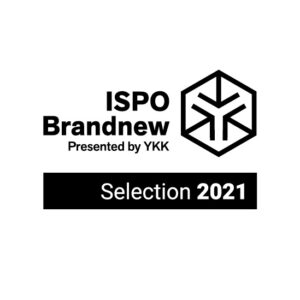 We were thrilled: The ISPO Brandnew jury recognized FLEXCAP as an outstanding start-up in the sports industry! 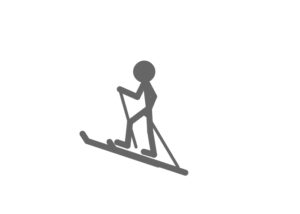